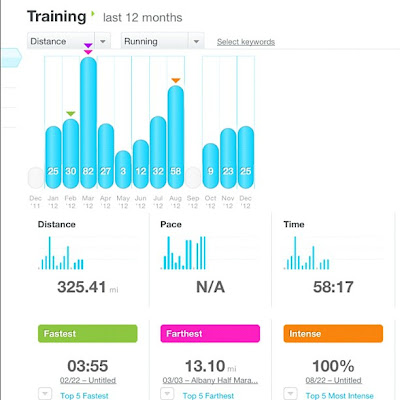 Looking back at last year I found that I was consistently inconsistent with my running but somehow managed to run over 325 miles last year.
No comments:
Email ThisBlogThis!Share to TwitterShare to FacebookShare to Pinterest

Raleigh Thinks About His Future


No comments:
Email ThisBlogThis!Share to TwitterShare to FacebookShare to Pinterest

﻿
Today my little girl turns nine years old. But no matter how old she gets she will always be this little girl in the video singing, dancing, and being a princess.

No comments:
Email ThisBlogThis!Share to TwitterShare to FacebookShare to Pinterest

On October 27th the Albany River Aquarium held a benefit run.  However this run/race was a little different than any that I’ve ever done before.  The course was an out and back on the greenway beside the Flint River and about half mile of it was on trail.  But what made this run so much fun was the fact that they had filled the course with Zombies!  Yep, there were a bunch of Crazy Folks dressed up with full make-up trying to get the runners.


The way it worked was you were giving two life flags (think flag football).  The object was to be the first (male & female) to cross the finish line with both life flags.  The run/race was untimed but everyone still got a medal just for finishing the run.  It was an untimed event.  They had also put out some obstacles on the course to slow you down.  The obstacles were tires to run threw and a wall that you had to run up and over.


I started out about middle front of a pack of over 300 runners.  At first I was running slowly because I didn’t know what to expect.  The first couple of Zombies were no big deal because there were so many runners in groups that if they weren’t going for you, you could just run on by.   Then about a half way into the run I decided that my best bet to finishing the run ‘Alive’ was to run all out when I came up on a Zombie.  I thought I would have the advantage over the Zombie by running full speed for two reasons.


Two:  The Zombies were standing flat footed and waiting on the runners to come to them.  So, I figured if I could get up to an all out sprint that I would have the momentum over the Zombie and that they wouldn’t have a quick first step.
Here I am trying to do my best spin move to avoid this zomibe.  From the look of this picute it was much closer than I thought.  {photo by @mrjonmiller on twitter} 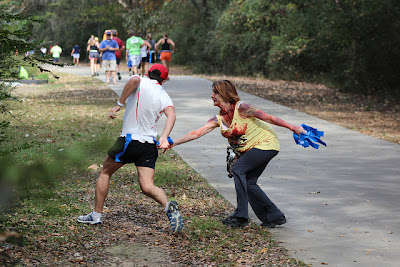 Here I am checking to make sure that I still had my flags.  {photo by @mrjonmiller on twitter}﻿ 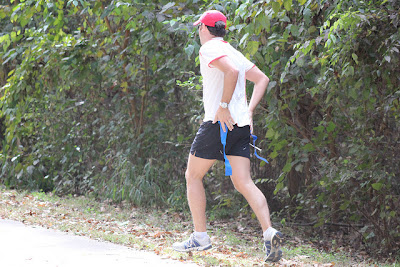 This plan of mine worked great.  I take off when I saw a Zombie and then I would take a walk break to get ready for the next group of Zombies.  However all this hard running was wearing me down.  I also started to notice that the Zombies seemed to be picking on me.  I didn’t know it at the time but I was running with a group of friends and I was the only one with life flags left.


I was tired but feeling very confident around 2.5 mile mark.  It was about that time that some old lady started talking to me.  She was asking all kinds of questions and really trying to have a conversation with me.  Then out of nowhere one of the guys that was running with just reach over and grabbed of my flags.  At first I thought it was just another runner because he didn’t look like a Zombie but he was.  This guy had one little bit scratch on him.  I felt that it was very Bush League of that lady and that Zombie.  However I did finish the race alive because I still had one flag but my pride was hurt that I lost one.


Bottom line it was a Great Event and a great way to spend the afternoon. 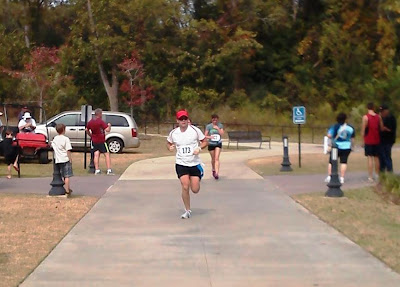 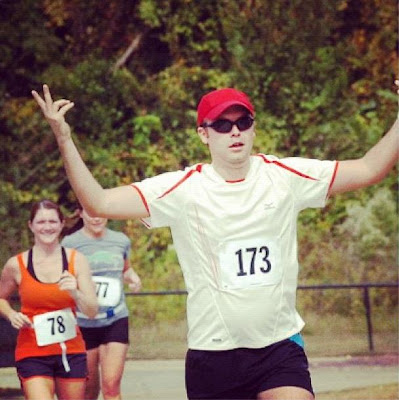 No comments:
Email ThisBlogThis!Share to TwitterShare to FacebookShare to Pinterest

There is a bunch of great race in Albany and Southwest Georgia.  I get asked a lot about when’s the next 5K, 10K, or Half Marathon so I thought I’d put a list together of my favorite races around. 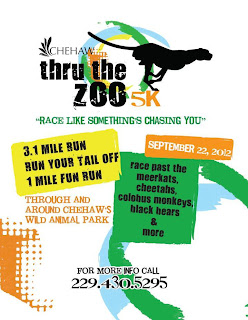 A new race this year to Albany is the Chehaw’s Thru The Zoo 5K on September 22, 2012.  This is going to be an awesome race because you will be racing / running the Wild Animal Park. 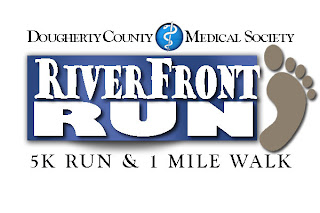 One of my favorite races of the fall is the Riverfront Run 5K on Oct 6, 2012.  This race is unique because it is an out and back where you will race down the river walk and thru a trail beside the Flint River.  This race is a nice change of pace from the traditional road race.


The race that I am currently training for is Boston MiniMarathon in Boston, Ga (Half Marathon) on October 27 at 8:00 AM.  This race Starts and ends in the small town of Boston, Ga (less than an hour from Albany).  It is an out an back race thru the country side.

Not going to lie.  I am pretty pumped about River Zombie 5K on October 27 at 1:00 PM.  This is also a new race to Albany.  I have already registered for this event.  This race is Run a 5K Obstacle Course down the Riverfront Trail while avoiding Zombies out to take your life.
So, yes I will be doing racing the Boston Half in the morning the Zombie 5K that afternoon.  I just want to record to show that I’m not scared of running or Zombies. 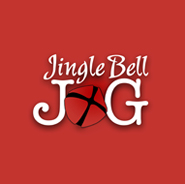 One of the last great local races of the Jingle Bell Jog 5K or 10K on December 1.  This race is always very well put on every year.  I’ve always enjoy running in it.
No comments:
Email ThisBlogThis!Share to TwitterShare to FacebookShare to Pinterest
Older Posts Home
Subscribe to: Posts (Atom)

Friends of The Tri Runner